Staff and specialists from our Addiction Treatment Center

In our Addiction Center, we cooperate only with qualified specialists. Our team consists of experienced people who not only share their knowledge, but also the empathy, that is so much needed while working with another human being. Each employee has the necessary qualifications, entitlements and valuable experiences, both life and professional. Personal experiences allow us to understand the other man who is struggling with an addiction, to undertake a dialogue and to pursue changes together, step by step. We are constantly expanding our knowledge of addiction treatment.
We’ve created an innovative program that cares for all spheres of body and spirit. We attach great importance to the team’s creation – consisted of people full of passion, commitment, humbleness, courage and with a smile on their faces. We want every patient who visits our center to feel safe and comfortable. Flexible and individual approach allows us to overcome the patient’s internal resistance, to share their fears, pain or dreams. Our center is made up of people, not only employees but also patients who want to start a new, better life. 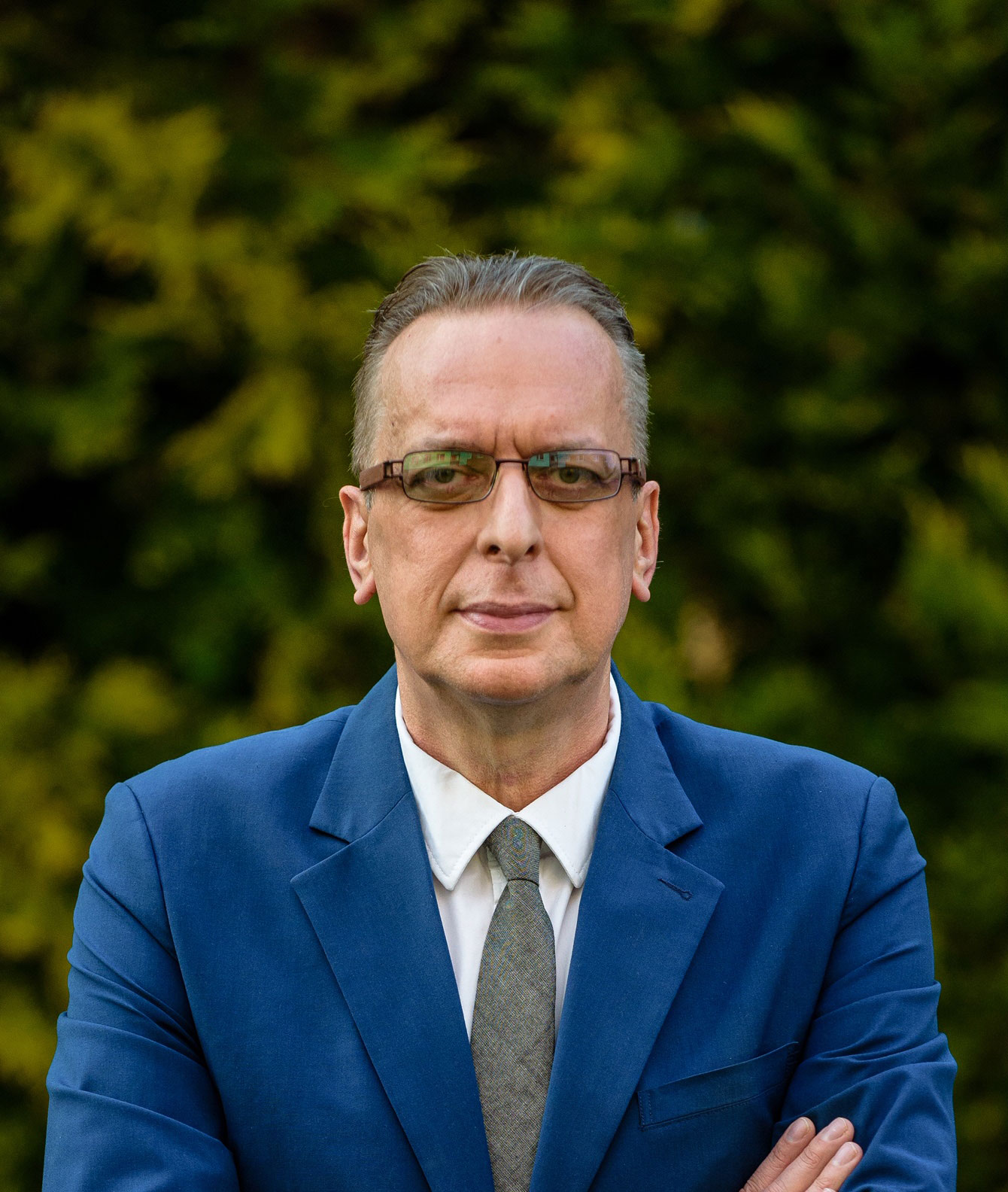 In the ’80s he was the representative of Poland in basketball –  after the sporting successes came the unexpected fall, followed by several years of drug addiction, including heroin. In 1976 – after fully completing the treatment – he and his father Zbigniew have founded a non-profit organization called the Masovian Association of Families and Friends of Addicted Children “Powrót z U”, which helps addicted children and adolescents. He is the chairman of the association until today.

As a pedagogy graduate, he obtained the Certificate of a Psychotherapy Specialist and became a coach of psychological skills. He was a lecturer at the Medical Academy in Warsaw, the University of Warsaw and SWPS – conducting classes in the field of addiction prevention. He was also the founder of the Addiction Prevention Study, which focuses on educating teachers on the direction of “Educator of risky behavior prevention”. He have lectured for the police, army, doctors and even special services. After gaining appropriate certificates, he founded the Cabinet of Psychotherapy and Personal Development, then he became a lecturer at the Academy of Leadership Psychology at the Warsaw University of Technology Business School. He specializes in the issues of addiction, interpersonal communication, human resources management, increasing the efficiency of the managerial staff and sportsmen. He used the sports experience as a psychological guardian of the Speedway Polish National Team, the 7-time world champions. During this period he collaborated individually with Tomasz Gollob.

He is the author of two books: Tame a drug addict and Pleasure traps. In private, he is passionate about running, tourism and enduro motorcycles as well as motorboating sports. He is also a member of the Shooting Club with a competition license.

I am a graduate of the American universities Pepperdine University in California and the Carlson School of Management (MBA) in Minnesota. I worked in various corporations for many years. I have lived abroad for over 9 years – in the USA, India, Mexico, the Costa Rica and Sicily. After over 20 years of alcoholism I’ve decided to quit my job, start to heal myself and – after a great success – help others in the fight against their addiction. Travel is my passion, I’ve toured over 60 countries around the world, learning about other cultures and stories of people on their way. I also love the mountains: the 1000 km trek through the Alps, which passes only a dozen people in the world every year helped me to re-evaluate my priorities and discover what really matters in life. I spent a few months in the Yoga and Hriday meditation school in Mexico, which helped me fight against the addiction. Physical activities occupy an important part in my life. I am an owner of Addiction Treatment Center Ranczo Salemi and a non-alcoholic alcoholic. 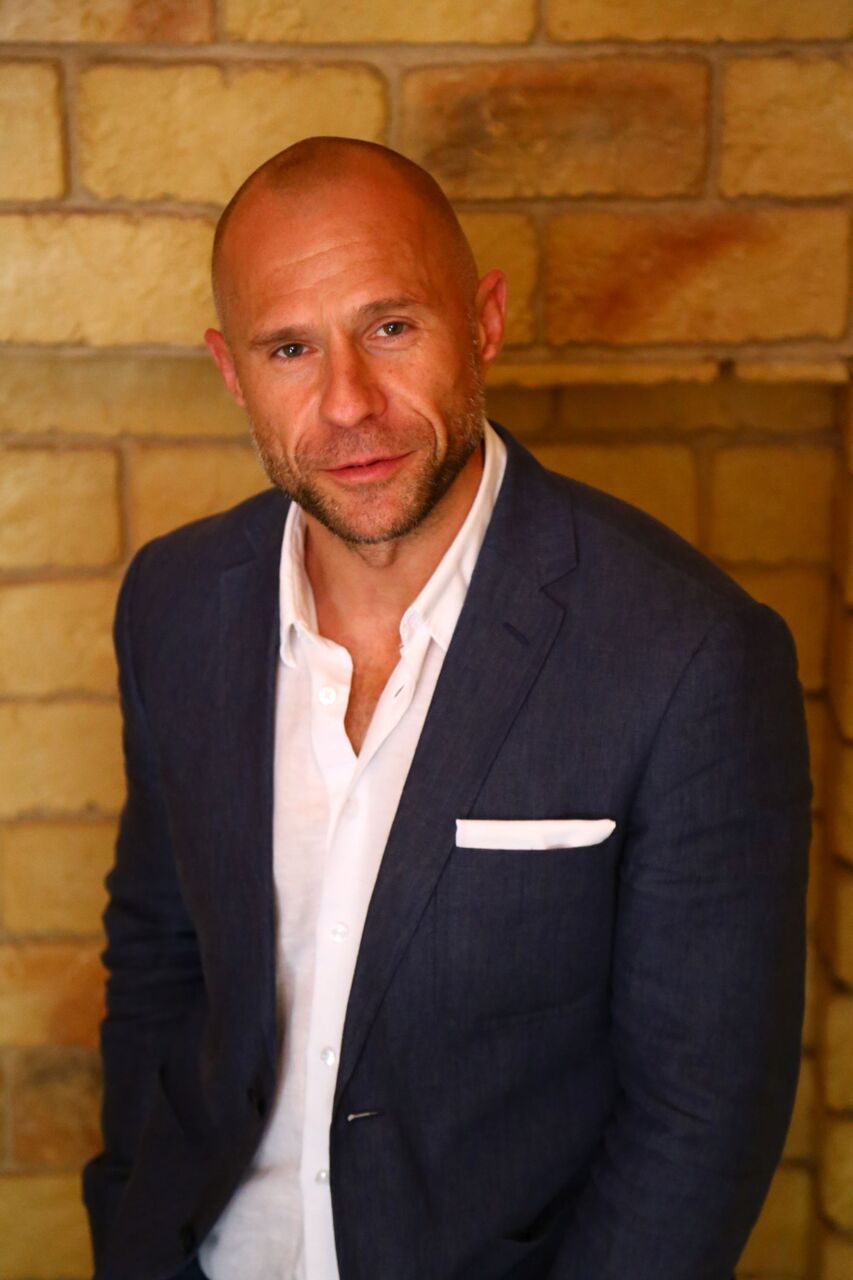 I was working as a manager in several international corporations for many years. I graduated from the Warsaw School of Economics and since then I have been expanding my knowledge by completing many courses and trainings. In order to keep a healthy balance between money and life I’ve decided to start my charity work. A couple years ago, I was a co-founder and vice president of the Association for Assisting People with Neurologopedic Problems “Głos”. For the last ten years I have also been conducting mediations at the Polish Mediation Center. I am a board member and co-founder of the Lower Silesian branch of the Polish Mediation Center – known an one of the oldest mediation associations in Poland. I have PCM certificates and I have been entered in the list of mediators of the District Court in Wrocław.

The aim of my work is to help people who are experiencing violence, dealing with tragic events, having relational problems, low self-esteem or fighting with depression, anxiety or phobias. I am currently in the course of studying Behavioral-Cognitive Therapy at DCP Wrocław. In my private life, I am a big fan of sport, which I try to actively cultivate and infect this passion of people near me. I had succeed with my daughter, who won her first medal at the Polish Championships in Taekwondo not long ago 😉. 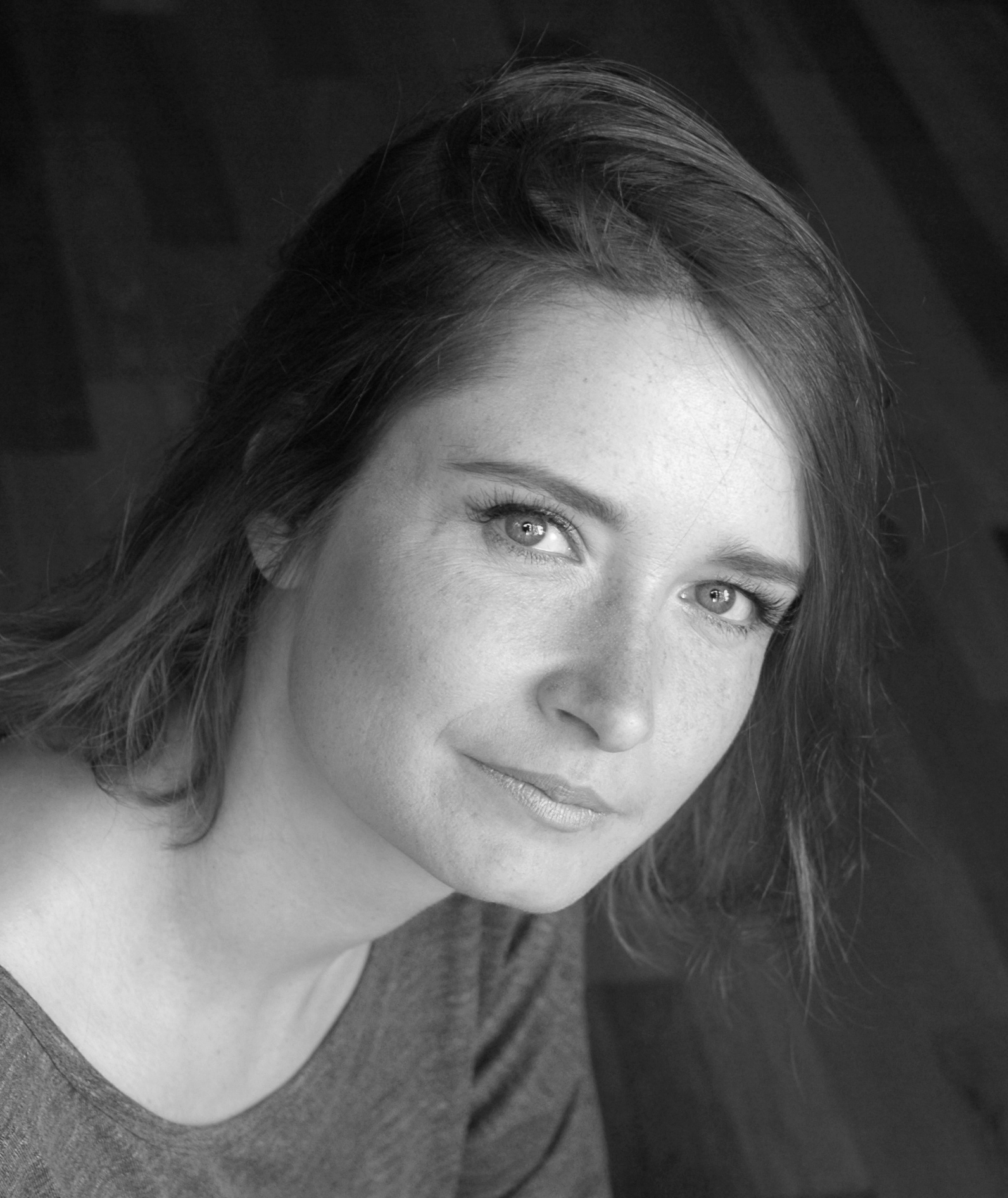 I am a psychotherapist with a specialization in addiction therapy: I have been working with addicts since 2005. More than ten years of my experience have been gained at the OTU of the MSWIA hospital followed by work for an addiction treatment clinic.  I have conducted several therapies in an in-depth stage, staying with my patients during further recovery process. A few years ago I started my own office,surrounding myself with people experiencing i.e. neurotic problems and depression.

While with people, I am focused on highlighting their own strengths, then helping them to understand their current situation. As a result, we start looking for a strong motivation, which is essential to change life permanently. With my support, they can successfully beat any addiction – staying away from it for the rest of their lives. I strongly believe (and proudly witness) that the life crisis may be the beginning of a new stage in life. 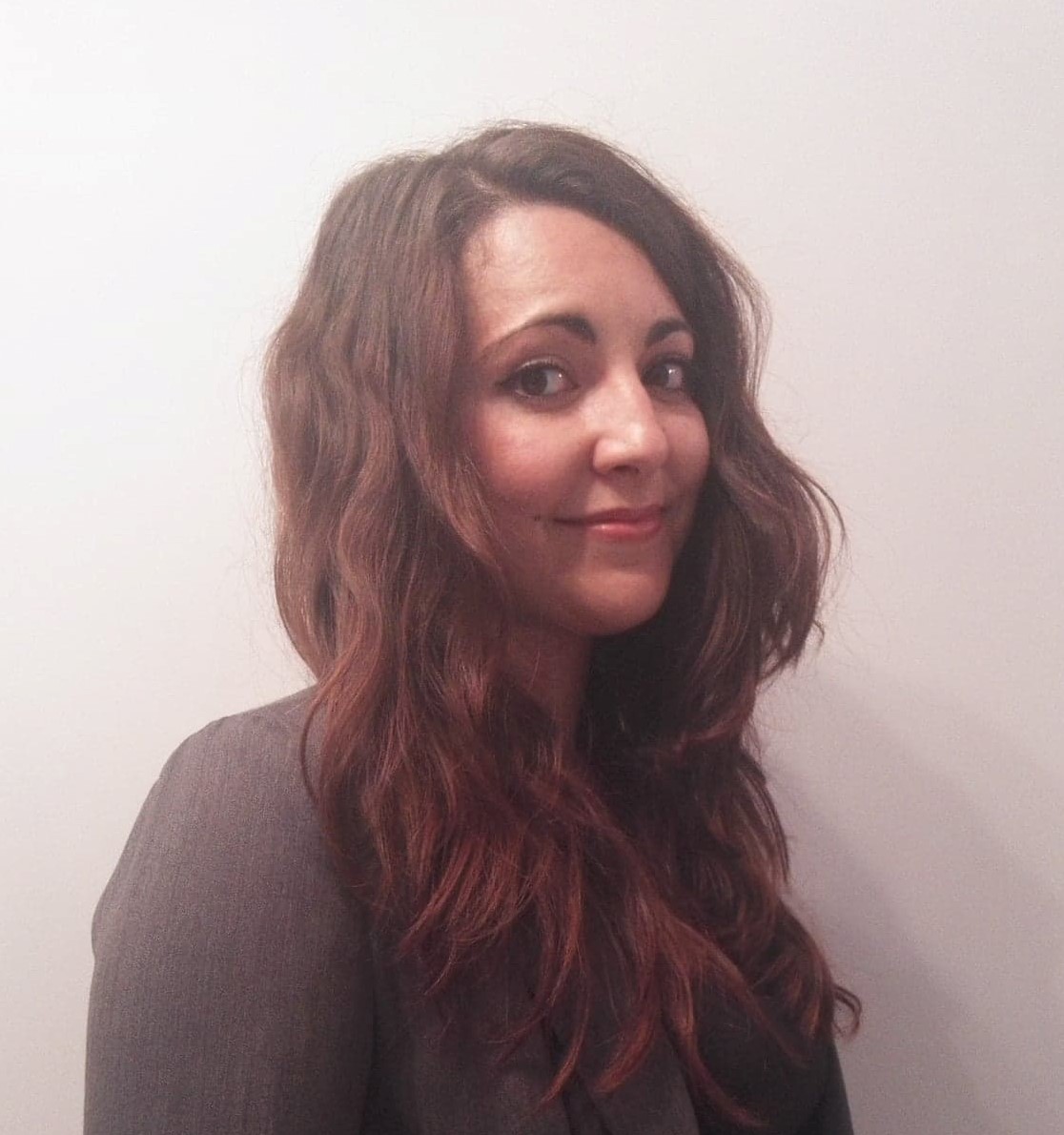 Working with people and helping them in dealing with mental disorders or crises is the greatest source of fulfillment for me. I am a member of PTDBT – Polish Society for Dialectical and Behavioral Therapy, whose aim is, among others spreading knowledge about the DBT trend. I work with patients with personality disorders, I also have experience in working with people with affective disorders (depression, bipolar disorder). I consider the emphasis on the development of skills and inclusion in mindfulness therapy to be a big advantage of the DBT trend. I began to deepen the knowledge about addictions initially due to my own experience, in close contact with many addicted people. Thanks to these experiences, I decided to help people struggling with this disease. I training in stress management and emotions, assertiveness, communication and interpersonal relations, addiction prevention.

At work I put emphasis on psychoeducation, development of skills and self-awareness, using exercises and homework. 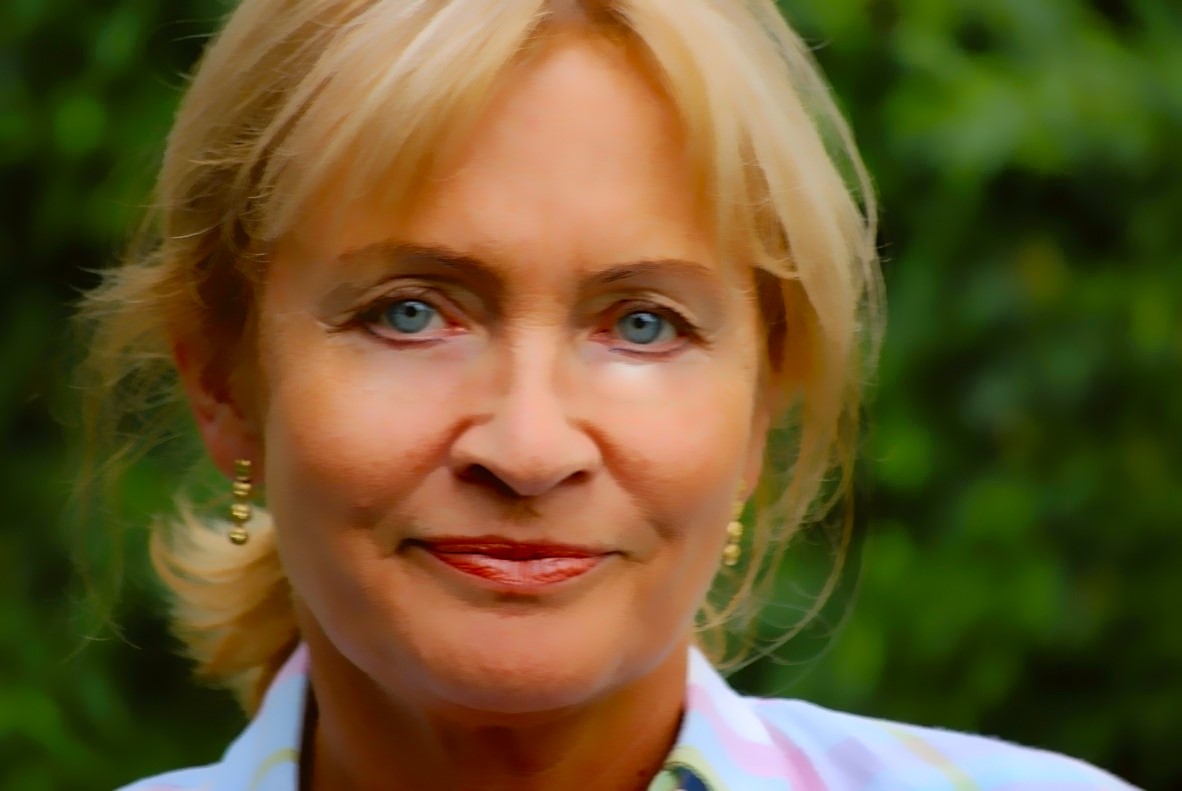 I am a psychologist, psychotherapist and a certified specialist in addiction psychotherapy.

From the beginning of my studies, I knew that I wanted to work with people addicted to psychoactive substances and behaviors such as for example gambling. In 2014, I completed a four-year training in psychotherapy oriented at the psychodynamic trend at the Jagiellonian University, Department of Psychotherapy. I worked with addicts in the Psychiatric Hospital in Pruszków in the stationary ward and in Addiction Treatment Clinics in Warsaw. I currently work at the Psychotherapy Center, Mam Wybór in Warsaw and at the Addiction Treatment Clinic in Otwock. In my work I integrate currents of psychotherapy effective in addiction therapy, anxiety, depression, neurotic and personality disorders. I also use my own experience. I try to help in regaining the ability of having realistic self-perception, to enable my patients to realize their own needs and values. Building a new lifestyle based on self-respect and resignation from destructive behavior. 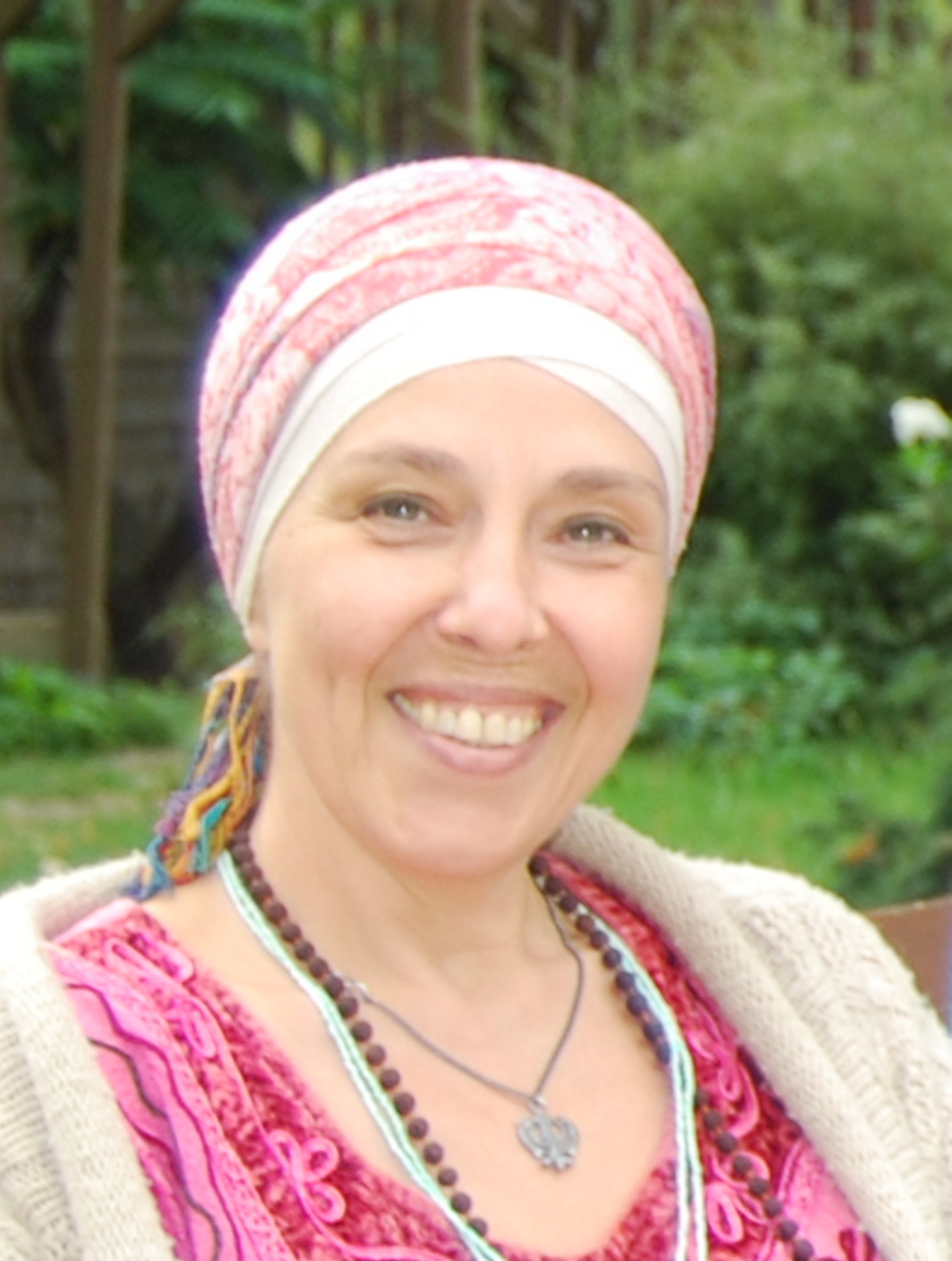 A graduate of the graphic department of the Academy of Fine Arts in Krakow. She used to be the painter and stained-glass artist for www.ovskastudio.art.pl for many years. She has also been running her own workshops on the inner vision based on movement, imagination, creative activities and studies on the achievements of C.G.Jung. She learned about the North American Indian tradition from i.e.:Danuta Ogaoeno, Dhyani Ywahoo or Dr. Harvey Silver Fox Mette. Since 2008, she has been a teacher of Kundalini Yoga according to the Y.Bhajana I and II degree system, certified by the Kundalini Research Institute (US). She has been in the training process of Aquarian Treiners Academy KRI (US) since 2011, consistently teaching at ISKY Courses for Teachers in Poland. She is also an Ayurvedic Consultant (Jiva Ayurveda, India) in terms of diet, lifestyle and body treatments.

She regularly conducts many classes, workshops and trips as well as some individual sessions; she is also known for inviting for massages and oil treatments. She is interested in exploring the mysteries of Karam Kriya numerology, working with sound by following the Nada (Naad) Yoga method and listening to the silence …

An art historian by education. A fan of yoga. A passionate designer. Always on the move. She is practicing yoga for 15 years, teaching from 8. Her yoga adventure has been started at the University, while she practiced hatha yoga by herself, followed by a few years of astanga, to finally find herself in vinyasa yoga.
“Like most of the practitioners, I came to the first lesson for a little out of curiosity to improve my fitness and relax. At that moment I didn’t think that yoga would become my passion, my philosophy and my life. Then, I have experienced an astonashing power of yoga, it’s wonderful ability to change seemingly invulnerable negative patterns, to awaken the body, mind and heart by opening them to new possibilities. Now I know that through everyday practice we can all develop our fundamental goodness and love in ourselves. “

In yoga, she is fascinated by discovering the logic of movement, the power of breath and the possibilities and awareness of our own body. She thinks that yoga is for everyone without any limitations – every person has their own body, just just need to listen to it and enjoy the yoga moments with patience, chill and pure joy.

Because everything is in yoga!
Because yoga organizes life and space!
It gives you an understanding of the World and Yourself!
Yourself and the World.
It does not impose anything!
It discovers what you are ready for before you!
All you have to do is open your eyes!
Mind! Heart!