How does yoga help during therapy? 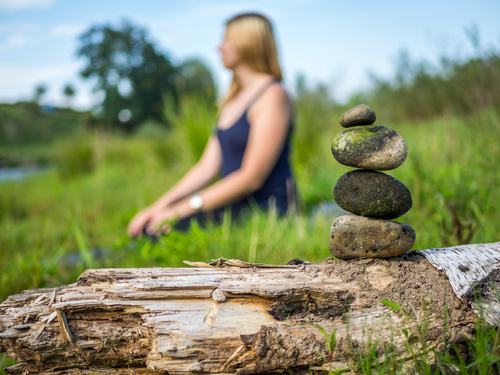 Yoga brings many beneficial effects both in the mental and physical sphere. It does offer a variety of tools that helps you face any challenge – from improving the quality of your life to healing yourself from any kind of addiction. Learn more about the unusual influence of practicing yoga on patients during their therapy.

How does addiction work?

An Addiction to substances such as alcohol or drugs can have different causes and effects. Using such a powerful stimulant is followed by releasing of the neurotransmitter (dopamine) by the brain. Thus, the physiological reason why an addicted person goes back to having a stimulant is a reaction of their brain – which basically craves the sensation of an increased dose of dopamine. Therefore, the problem of addiction is defined not only by physiologically felt so-called hunger, but also the impulsive reaction of the mind. An addict is slowly losing the sense of their body awareness at the level of senses, emotions and feelings. Under the influence of constant tension, the immune system being attacked causing further physical, emotional and psychological problems.

Yoga distances us from tension, changes the perception of reality and opens the way for freedom from all addictions. Each asana induces direct pressure on the nerves and the endocrine glands. As a result, it relieves nerves and balances hormone levels. Highly stimulated immune system improves the function of internal organs, leading to intensive cleansing.

Therapy and positive influence of yoga

Practicing yoga during therapy assumes a holistic approach to man, as well as to an addiction. It relaxes and removes blockages, that block the flow of energy in the body and mind. It does influence change of lifestyle, development of consciousness, life in harmony and internal and external balance on the physical, emotional and spiritual levels. The practice of yoga is based on the assumption that the causes and effects of addictions appear in the body, in the mind and in emotions. By focusing on specific parts of the body in combination with the breath and relaxation of the mind, the muscles relax, and the thoughts become free of tension. You can feel an inner peace, followed by calm and relaxation, which is an important phase of the healing process. During the therapy, we are focusing on the exercises to reach the cellular level, loosen the physical nodes and tensions.

Addicted people often do not cope with many emotions – they may have problems with sleeping, focusing attention and coping in difficult situations. The practice of asanas or yogic postures strengthens, regenerates the entire body and has an effect on reducing the emotional states associated with appetite. At the physical level – the body becomes agile, flexible and strong at the same time. Through the practice of yoga, an addict learns how to control his own body and mind, coping with emotions and stress. In addition, yoga reduces the dopamine impulse, which alleviates the negative emotional states that lead to the use of alcohol or drugs. Thanks to yoga philosophy, the pupil begins addicted to “here and now”. They’re meets themself, their strengths, as well as fears and limitations. They learn to synchronize their inner world with the outside world.