What are the symptoms of drug addiction? 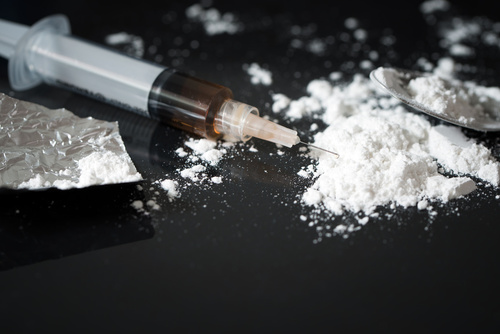 Drug addiction is a problem that affects almost all social groups. You need to be aware that an addicted person does not look like a stereotypical one. It can be present at a very young age. It can be a problem of an affluent peron, living at the highest level. At the same time, it is not possible to determine who is at the highest risk of drug addiction. Nowadays it is a phenomenon so common, that it can affect basically everyone.

If you suspect that a person close to you can take drugs, you must first and foremost watch them carefully. You should be really concerned by the visible changes in their behavior. Believe in your intuition and notice any behavior that seem oddly wrong. An addicted person often gives up old habits and interests. Often, they also have a strong mood swings – from total collapse and apathy to real euphoria. One day they can lie in bed the whole day, whilst being a volcano of the energy just few hours later.

Changes can also be noticed in interpersonal contacts. It is obvious that the addicted person will not openly talk about his problem. In many cases, they think it is just a game they have full control over. It can happen that an addict moves away from old friends in favor of a new group of people. It may be that this new company has contributed to the development of addiction.

A drug addict can cut himself off from the family. Young people often run away from home, disappear overnight, or steal money from their home. Drug addicts tend to be introverted. The more questions we ask them, the more lies we hear. Even caught lying, they may not feel guilty. In addition, sudden and incomprehensible attacks of aggression and even hysteria can be observed. Unfortunately, the symptoms of drug addiction are often confused with depression.

Drug addiction causes a number of changes in physical appearance. An addict can lose weight rapidly. The complexion becomes gray and tired. The skin stops being elastic, and the blood vessels become more noticeable. You may notice a forming of the so-called bags under the eyes, causing an addict to look much older than they are. There are also various types of skin changes. During the recognition of an addiction, pay attention to the person’s eyes: the pupils may be overly narrowed or enlarged, and the withes of the eye are usually bloodshot.

In the case when an addicted person injects himself with illegal substances, he usually tries to hide puncture marks- by constantly wearing blouses with long sleeves (that mask them).

How to cure drug addiction?

In the vast majority of cases, ordinary conversations are not enough. The addicted person will start to hide better from us. We are not able to watch someone all the time, even if it is our child. Of course, conversations are very important. However, it is also important to focus on building self-esteem of the addicted person rather than categorically prohibiting the use of drugs. Our bans will not be included anyway.

Addiction therapy is the first step to solve the problem. The help of a qualified specialist is essential for the addicted person to realize that he is acting destructively. If the addict voluntarily agrees to participate in therapy, then this is a good sign. They are often people who understand their condition, but they cannot deal with it.